Thank you for the great review, Erin!

Here in Chicago, we’re still in the last days of winter. I’ve decided to try to bring myself out of the cold weather mindset with some jams of the indie pop rock persuasion that makes me want to dance. For me, this has always been a way to cheer me up from the dreary cloudy days that Chicago seems to have so often in the late winter months. From The Maine’s release of “Black Butterflies and De Ja Vu” to the more mainstream “÷” by Ed Sheeran, I’m letting the sweet sounds of electric guitars and Irish Fiddles melt the snow in my mind. Recently, I’ve been able to add The City and Horses new record “Ruins”, to that list which drops on April 21. The six-piece band that’s based out of both New York City and Philadelphia have been playing funky indie pop since 2007.  They find influence in the form…

Less than one week to go until we’re grooving in the groves at San Francisco’s Outside Lands Fest! To help you navigate the lineup, I’ve put together a list of all of the bands that were ever featured in Band of the Day app, and playlists for each day.

FRIDAY 8/7 (click here to listen to the Spotify playlist)

SATURDAY 8/8 (click here to listen to the Spotify playlist)

Misterwives -Join a trio of New Yorkers on a vivacious excursion through turnpikes of soul, dance, and pop

Twin Peaks – Nods to godfathers of guitar-guided pop, but fueled by gallons of garage rock 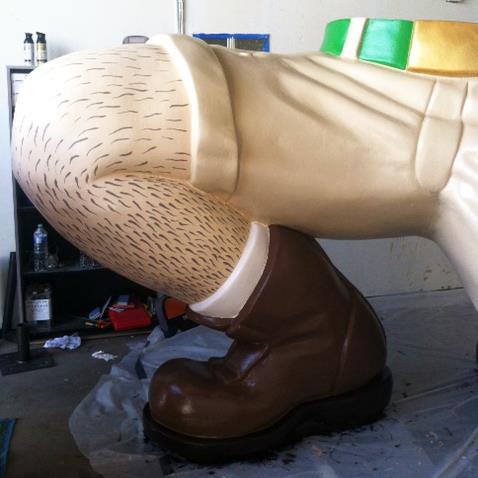 SUNDAY 8/9 (click here to listen to the Spotify playlist)

Kidnap Kid – Expressive, emotionally-charged house music from one of the UK’s rising producers

Back in the summer of 2011, right before the release of Band of the Day app, I decided that I wanted The Vaccines to be the very first band featured on the day the app launched. They had caught my attention when I was finishing up my MA degree in London the year before, and I had written a review of their EP as part of the application process for my job.

I saw that they were coming to San Francisco, so I reached out to their record label to try and set up an interview with the band. At the time, given that the app was unreleased, my request was (understandably) ignored. Nevertheless, I decided to prepare some questions anyway, banking on the chance to introduce myself to them directly at the show and get that interview.

I dragged my friend Jon, and after their sweat-inducing set we went outside to have a drink and catch some air. We spotted bassist Arni Arnason hanging out in the same area, so Jon prodded me to just go over and talk to them. As extroverted as I appear to be, I actually hate approaching people. I’m completely comfortable chatting to people when they approach me, but I find that making initial contact with a stranger brings up a lot of anxiety. But I also knew that I really wanted to get that interview.

So I took a deep breath, quickly downed the rest of the liquid courage that was in my hand, walked straight over to him and said, “Hey! I’m Amanda. Can I ambush interview you?”

He gave a bemused chuckle and said, “Sure, as long as you don’t ask boring questions.” I promised that he wouldn’t be bored because, if I’m truly confident about one thing, it’s that I’m not a boring person. And this is the conversation that followed:

Listening back to it four years later, I can’t help but self-criticize on a few bits (“You respond with the word ‘nice’ too much!”; “Your voice sounds really weird there!”), but overall it warms my heart that I have audio documentation of where I started from in that first year of working on Band of the Day app. I came into the role with very little professional experience and, today, on the very last day of the app’s existence, I now have 4.5 years of a crash course into working in both the music and tech startup industries.

Oh, and I’m happy to report that I finally got clearance to feature The Vaccines in the app.

Last month, my friend JP Pineda, who runs JRNE Artist Management, reached out to me to collaborate on a female-powered playlist for an event put on by a really cool organization called Global Fund For Women. One of his artists, the Grammy-nominated singer/songwriter Carolyn Malachi, was a key part of their #hackgirlsrights campaign.

Meant to post this earlier, but better late than never! Enjoy! 🙂

Great to see Band of the Day app listed in the #2 spot (just behind Soundcloud)!

Still one of my all-time favorite songs. Stunningly gorgeous, the kind of track you just get lost in.